Sources of Texas & US Law 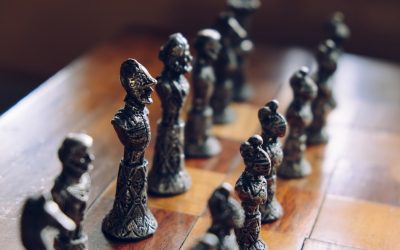 INTRODUCTION AND STARE DECISIS
Law of the United States of America is derived from common law, which is law that was developed by the medieval English legal system. The United States inherited this legal system from the British and has since adapted it to suit our own needs. Common law is characterized by the idea that a precedent which is a Judge’s opinion and which is influential and may be persuasive in another court matter which deals with issues similar to that of the original case. (Black’s Law Dictionary helps to clarify by explaining that “precedent” as a “rule of law established for the first time by a court for a particular type of case and thereafter referred to in deciding similar cases.”)

Stare decisis is the legal doctrine that reflects precedent. It comes from the Latin expression “Stare decisis et non quieta movere,” which means “to stand by decisions and not disturb the undisturbed.” In legal terms, this means once an opinion sets a precedent, it should be followed and rarely should be ignored, or even more so, overturned.

Case law is simply a term for a collection of precedent opinions utilized in a legal argument.

In everyday discussion, the terms “precedent,” “stare decisis,” and “case law” have been blended together to the point that they now basically convey the same idea – prior judicial opinions are influential.

However, even with this in mind, the Courts do not always follow precedent in reality. Whether or not they do depends on the following factors:

Again, binding precedent is typically honored. Persuasive precedent is on a case by case basis, and is typically honored when it comes to nuanced areas of law such as contract doctrine, but sometimes ignored when it comes to procedural aspects of the case such as jurisdictional issues, wherein the Courts make decisions as much on statutory law and equity (fairness) as they do on precedent.

Only the same Court or a Court superior or equal to the Court originally rendered the precedent can override a precedent with a newer precedent.

That does not mean that all our laws are based on precedent, however. Nor does it mean that there is a judicial opinion for every nuanced issue. All this simply means is that a Judge’s opinion may be binding when used in Court in some matters. An example below should help clarify the matter:

Texas passes a law that demands that no people with “red hair” may enter a state government building. Arthur – a native Texan – does not have red hair per se, but has a dark auburn shade to his hair. Author tries to enter a state government building and is promptly escorted back outside by security, despite his vigorous protests that he does not have red hair, but auburn hair. His argument proves ineffective as he is tossed out of the building.

The issue quickly escalates as Author files a suit to ask the Court to define the meaning of “red hair.” At this point, we have a conundrum – what does “red hair” actually mean? Does it mean someone whose hair is the color of a carrot, only? Or does it involve anyone who has even the slightest reddish hair? What does “red hair” mean? How do we gauge it? Is there a scientific “gingermeter” to be utilized? Or must the authorities carry a book of shades of red with different colors with the idea that “anyone redder than this cannot enter?” Do freckles count?

The matter is set for a Court to decide. The Judge or Jury hears all arguments and then renders a highly-technical decision that “red hair” actually means “people whose hair is no redder than #EA3328 on the color wheel” and that “freckles are not to be counted in the decision.”

Now we have a clarification of the statutory verbiage “red hair,” which now means people whose hair is no redder than #EA3328 on the color wheel regardless of their freckles. This counts are precedent and may be used in the future to (a) clarify the statute if needed again, and/or, (b) be cited in a future legal case as necessary to beef up a party’s argument in a similar case.

UNITED STATES CONSTITUTION
If you paid attention in your seventh grade civics course, you may remember the United States Constitution. This is the supreme source of law in USA. It provides for things like separation of powers, the extent of government’s powers, the layout of the judiciary, the relationship between the federal government and the states, due process, individual rights in the legal system, state rights, relationship between religion and state, firearm rights, search and seizure laws, abolishes slavery, and so on. As fundamental and important as the US Constitution is, in the day to day of a Texas civil suit, it actually bears little direct importance on a Texas civil procedure in most cases. It is mostly used in nuances of evidence law and also as basis for claims in mostly federal suits.

When you hear that Congress has passed a new law that normally means that it has been added to one of the 51 Titles of U.S. For example, the Health Insurance Portability and Accountability Act of 1996 is codified into USC in Title 42 and Title 29.

FEDERAL RULES OF CIVIL PROCEDURE
The Federal Rules of Civil Procedure (often abbreviated to FRCP) govern the procedure of a suit in a federal court, and are arguably equivalent to the Texas Rules of Civil Procedure (TRCP). The TRCP were actually largely modeled on the FRCP. However, FRCP and TRCP have some very specific differences which will be discussed in another post.

TEXAS STATUTES
The main source of law for Texas civil suits is the Texas statutory codes. These statutory codes are the primary codified law in Texas. They govern everything from nuanced formation of legislative and judicial bodies to utilities to criminal procedure to civil cases to family law and so forth. The following is a list of the statutory codes in Texas:

Texas Civil Practice and Remedies Code
This is the statutory code that outlines many of the causes of actions in Texas, as well as defines how to file a suit, the boundaries and standards for bringing a suit, and the roles and mechanisms of matters within the suit.

Texas Business and Commerce Code
This is the statutory code that deals with business matters, such as contract formations, corporate formations, and so on. It also provides several causes of action as a basis for a suit in Texas.

Texas Government Code
This statutory code provides law for how a Court shall function, including things like jurisdiction, powers of the Court, miscellaneous procedure, and other important items. It also provides several causes of action as a basis for lawsuits in Texas, as well as dealing with liens, and other miscellaneous issues.

Other Texas codes are also involved as authorities in lawsuits depending on the nature of the suits, but the special mentions above are the most frequently cited in pleadings.