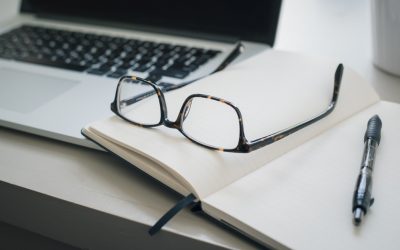 Titles of Pleadings
Many litigants tend to get “stuck” on naming their pleadings. The good thing is that Texas courts are generally quite liberal in how a litigant names their pleadings, and allow for room in phrasing one’s pleadings. For example, a Motion for Sanctions may become a Motion to Sanction, or perhaps even Request to Sanction (although it is generally recommended to stick to the traditional naming as much as possible).

Some litigants like to add what I call a “prefix” to the title of the motion which denotes the party that filed said motion. What I mean by this is if the Plaintiff was the one filing the Motion for Sanctions, it would become Plaintiff’s Motion for Sanctions. This is not necessary, but is considered good practice and I recommend this step.

As evident, this creates room for plenty of variety. Two litigants can file the same exact motion and the first one’s would be called Motion for Sanctions while the second one would name his Plaintiff’s Motion to Sanction Defendant under TRCP 215.2 for Failure to Appear at Deposition. Both motion titles would be correct. Pleading titles are subjective and common sense should guide the drafter.

There are two major exceptions to the above. The first exception is the Motion for Leave. With this motion, a suffix is always recommended. For example, a request for continuance in discovery is best entitled Motion for Leave to Extend Time for Discovery.

The second exception is if the pleading filed is a surreply (that is, a response to a response). If so, then it is best to use all prefixes and suffixes in the title to maintain a “chain” of the pleadings filed for the sake of clarity. This may result in a long title and some litigants become unsure whether or not to write it all out – it is okay to do so. Ergo, the following is a good example of a well-named surreply pleading: Plaintiff’s Surreply to Defendant’s Response to Plaintiff’s Motion for Summary Judgment.

Addressing the Parties
Another needlessly sticky subject tends to be what to call the parties in the motions. Again, subjectivity reigns. The party that files the motion is called the Movant, and the other party is then called the Nonmovant. This is the standard expected by the Court. However, even the best attorneys tend to muck things up.

The most common mistake is that the terms “movant” and “nonmovant” are simply forgotten, and the parties refer to themselves in the motion as Plaintiff and Defendant throughout the motion. A spin on that is to properly address one party but to make a mistake in the other – for example, following our example, the party filing the motion is properly addressed as Movant, but the other party is simply named “Defendant,” or, their personal name is used.

The good news is that provided that the drafter sticks to a clear pattern or that the reader can still follow the train of thought despite the inconsistencies, neither the Court or the other party is likely to take an issue provided it is clear what the motion is trying to say.  Still, whenever possible, it is advisable to utilize the standard nomenclature of “movant” and “nonmovant.”